The Uruguayans plane - Trekking and Exploration to the Crash Site - El Sosneado, Mendoza

October 13rd 1972: A Uruguayan plane that carries 45 passengers to Chile, most of them students and rugby players, crush into the Andes.

Twelve of them died because of the crush.

The survivors had to carry on living in hunger and trying to tolerate the fearless mountain , 30 degrees below zero during many nights.

They try to resist with a limited reserve of food they found within the wrecks of the plain, as they wait to be rescued. Their faith decreased when they heard on the radio that the rescue had been called off due to the belief that none of them had survive.

Finally, tired of the low temperature, the threatening avalanches, the increasing anguish for the dead friends and the loss of hope to be rescued, two of them decide to cross the huge mountains to reach for help.

This is how in December 22nd of 1972, after 72 days of isolation, the world took notice that sixteen passengers from that plane had passed away due to the climate of the mountains, of the Andes.

This event was later told by the survivors, in a book and, later on, it turned to a movie “VIVEN”, which delivered this story to the world.

Today, the journey starts at this breathtaking location.

And we invite you to visit this place, as you go over this story….

Day 1: We arrive to San Rafael at 9 am and we headt to El Sosneado by bus from where we will take the route to the west that leads us to the Soler refuge and Gendarmeria Nacional. As we pass by the abandoned thermal hotel from El Sosneado we will arrive to ranch Araya where we will have lunch.

First stage: we will cross the Atuel river and trek for about four to five hours to arrive to the location where we will have another stream crossing called Arroyo Rosado. After we organise the camp, we will have dinner and spend the night at this location.

Day 2: We begin the second stretch to the next camping, near the Barroso stream, it will be a 4 hour trekking. As we cross the stream we set to prepare the camping and spend a quiet afternoon in the surroundings . There we will have dinner and spend the night.

Plan B:If we get late on the first day to Puesto Araya, we will camp by the Atuel river and on the following day we weill have a long trekking to El Barroso.

Day 3: This will be a very hard day as after three hours of walking, we will cross Las Lagrimas river and then we will ascend for two hours and half to the site where the remmants of the plane are situated (3600 AMSL). We will stay in silence in tribute to the victims.. Descent. Crossing of the river. Lunch. Descent to camp. Lunch, farewell dinner and overnight

Day 4: After Breakfast we will disassemble the camp. We will walk back to point Araya where we will have lunch. Then, we will return to El Sosneado and Malargue. End of our services.

Trekking of considerable demand.Return trekking to the place of the plane. On some dates there is a  possibility to tay more days  to climb Cerro El Sosneado, the 5000 Southest. Consult 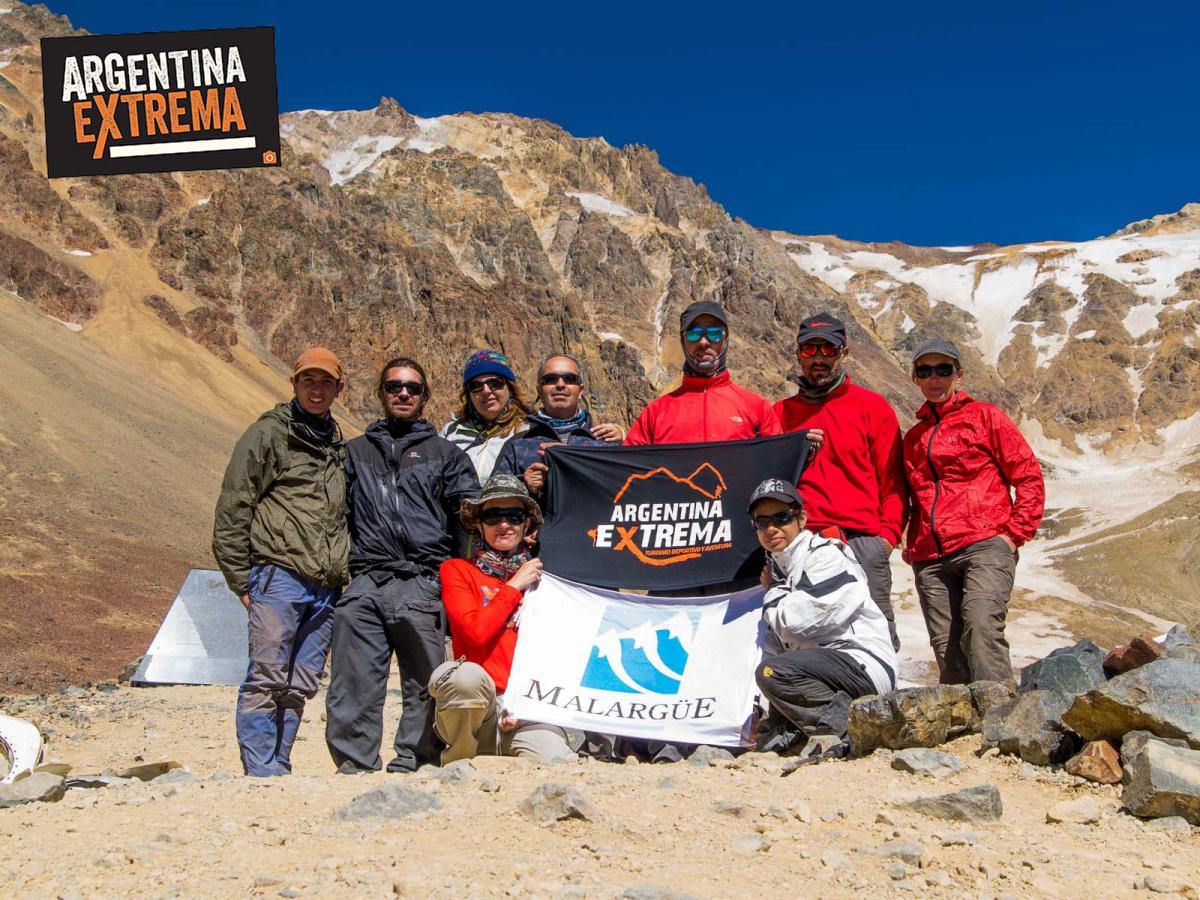 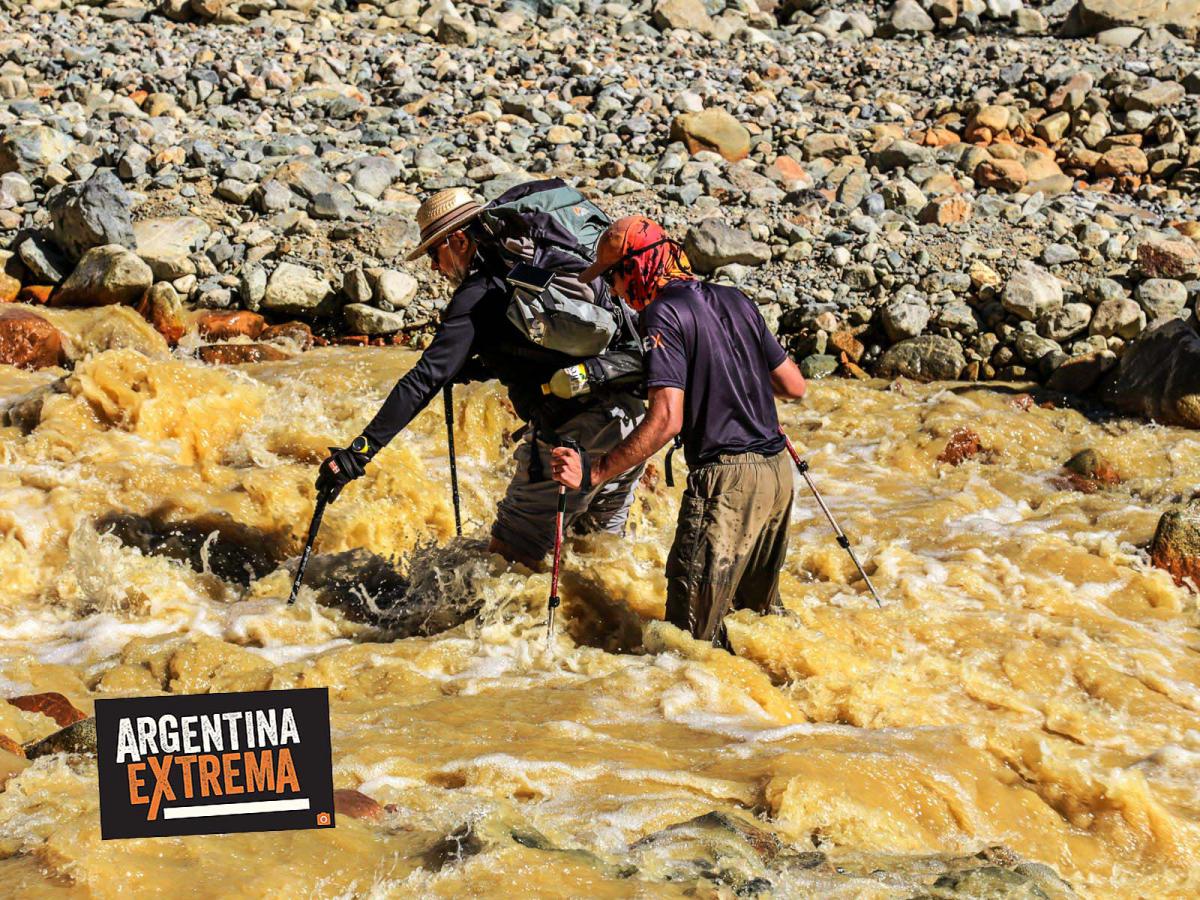 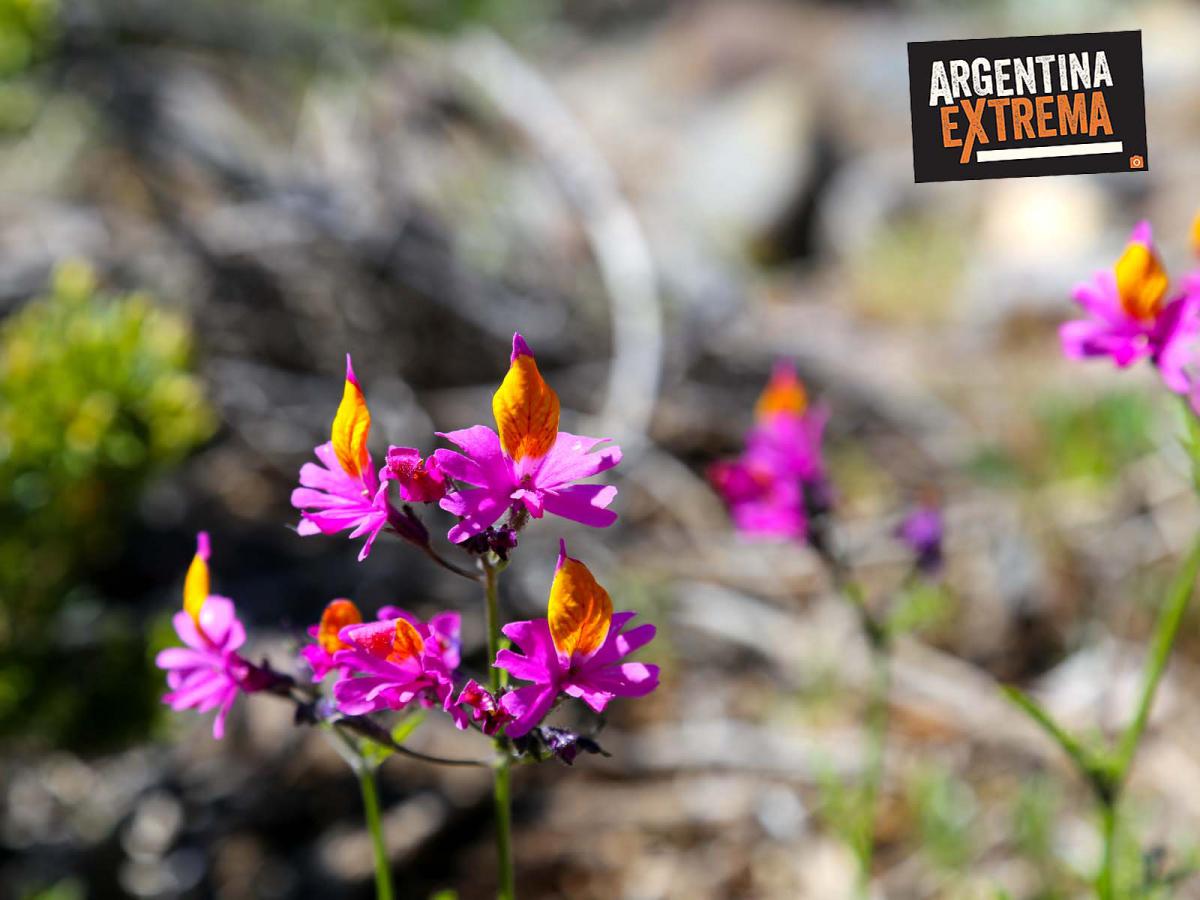 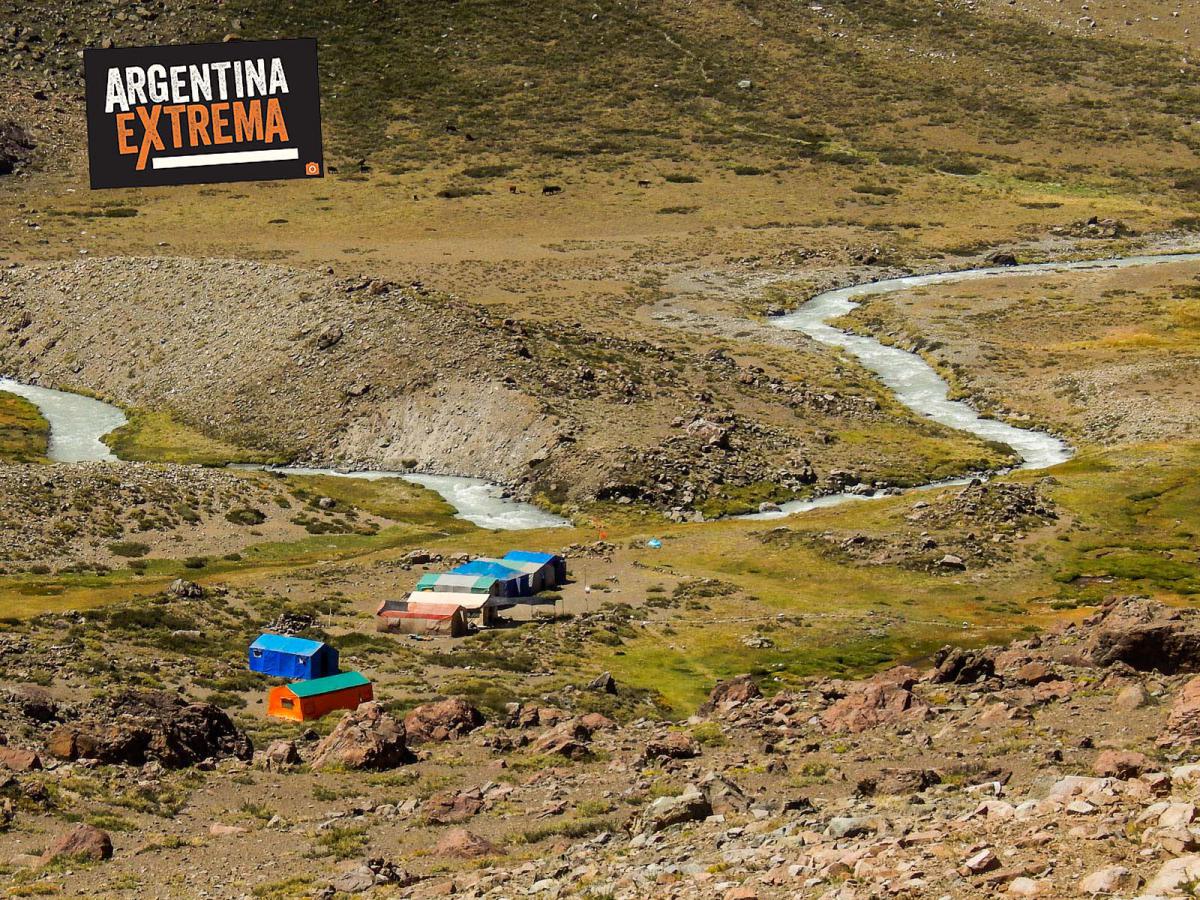 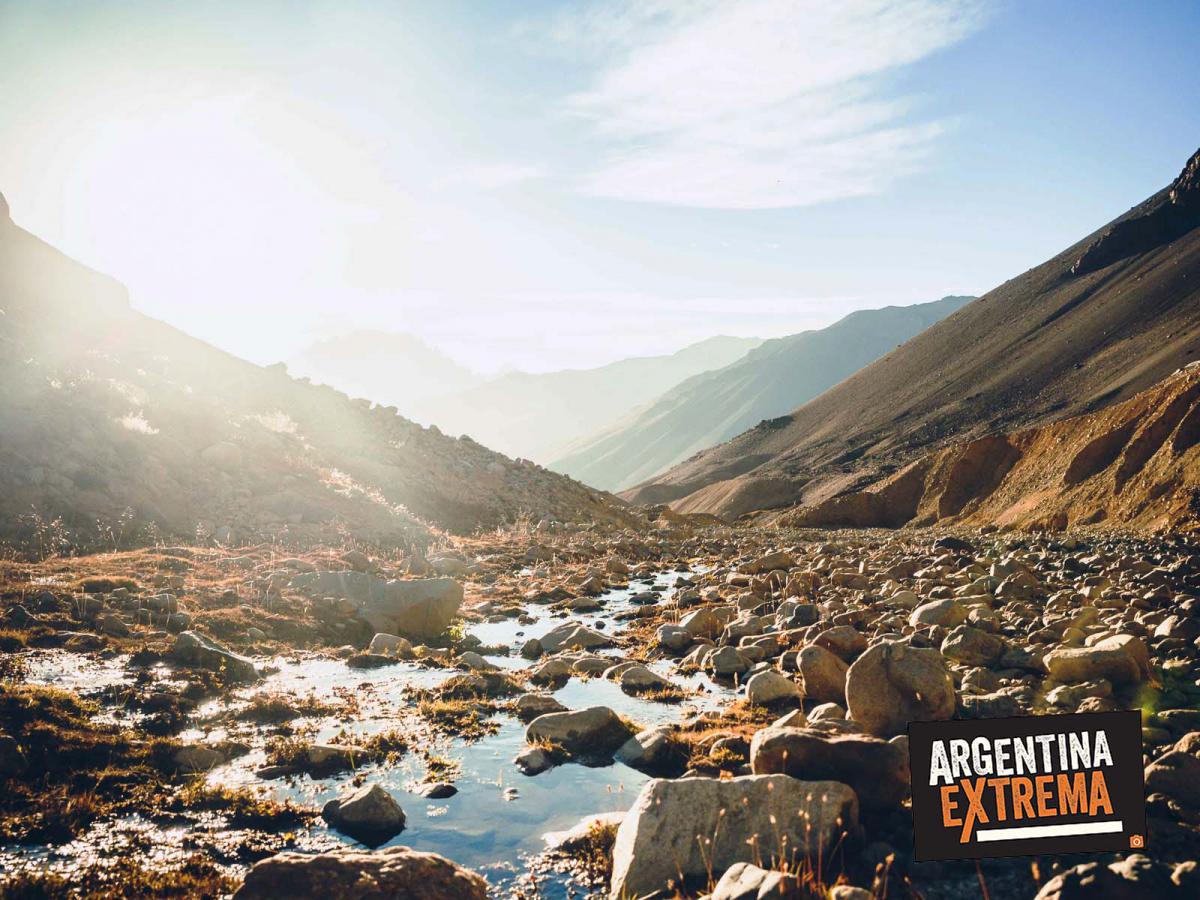 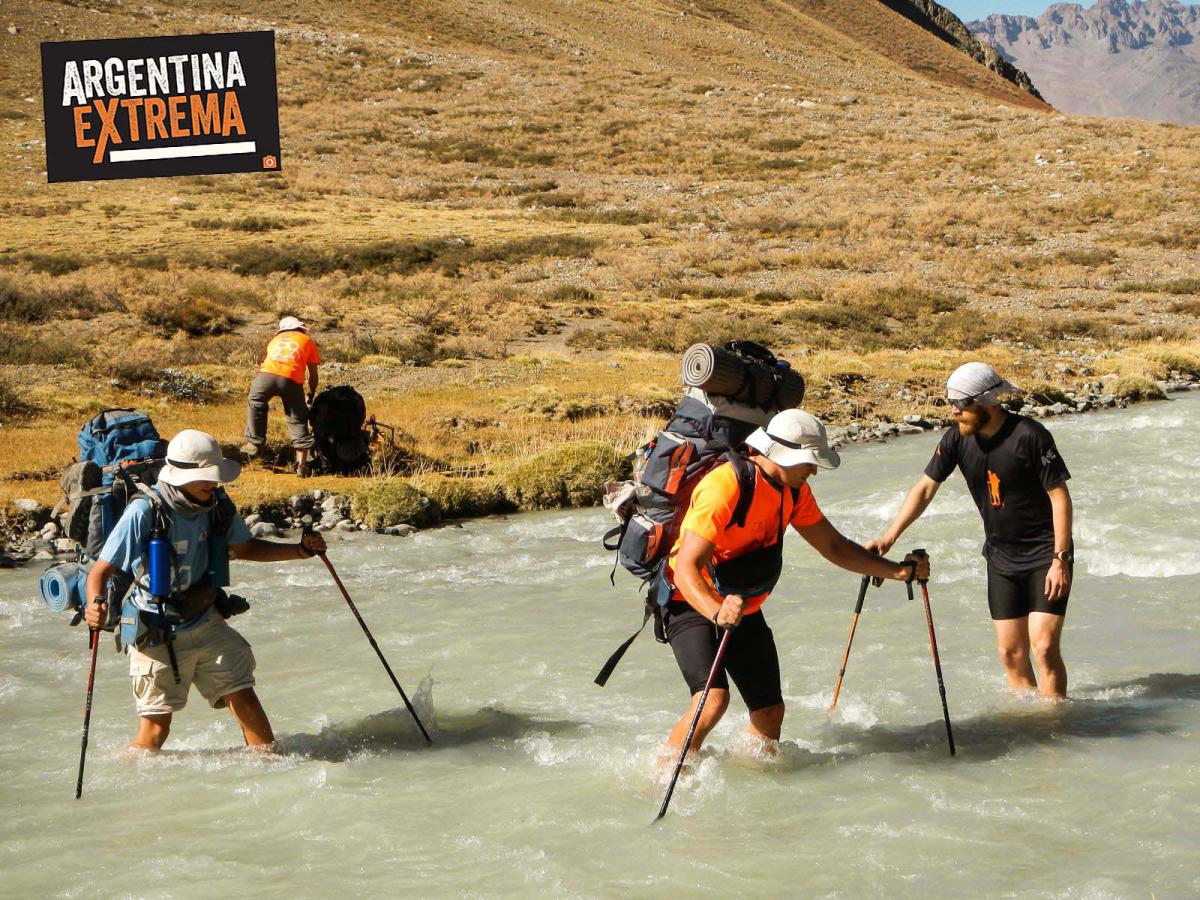 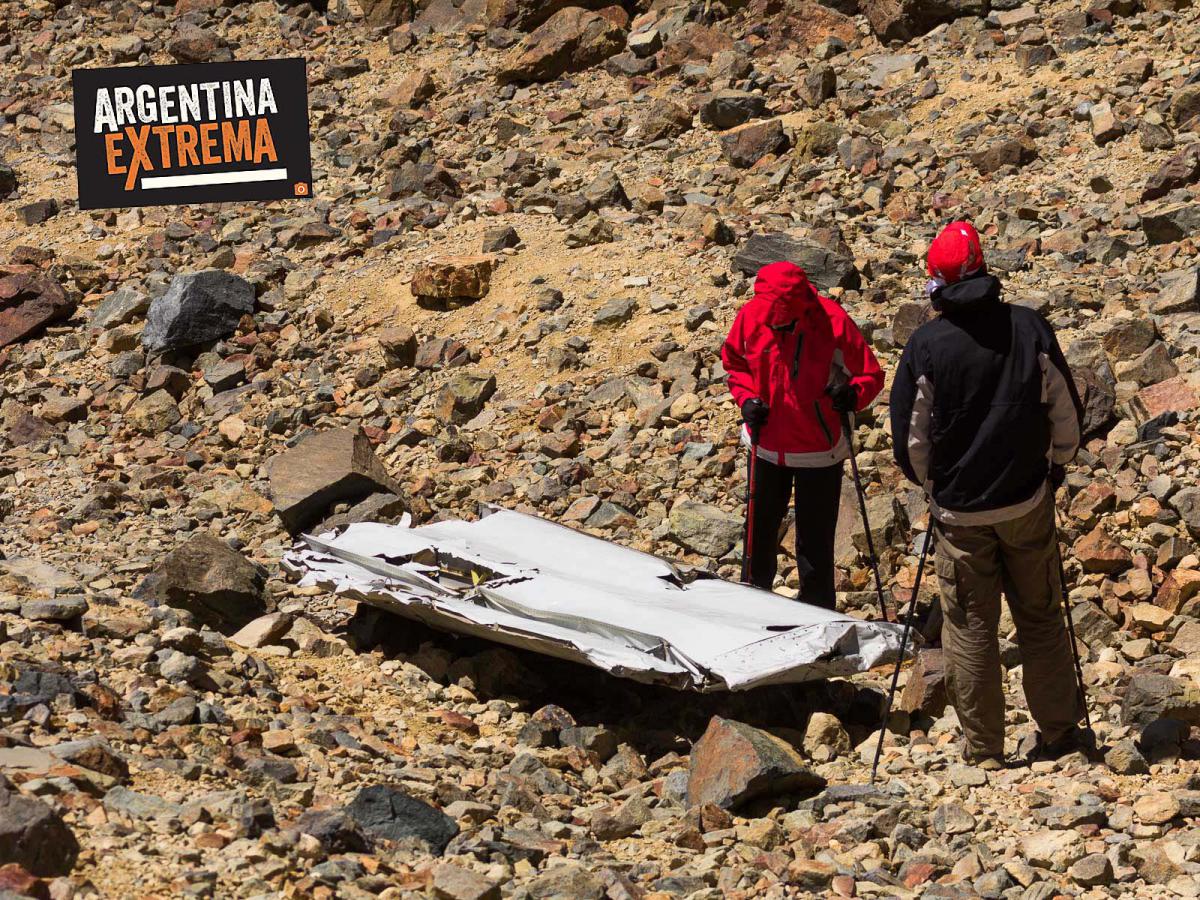 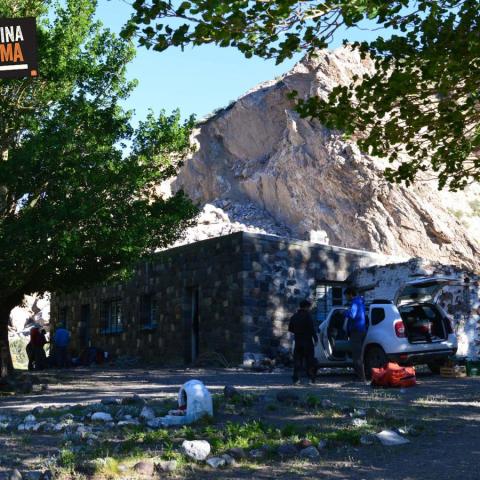 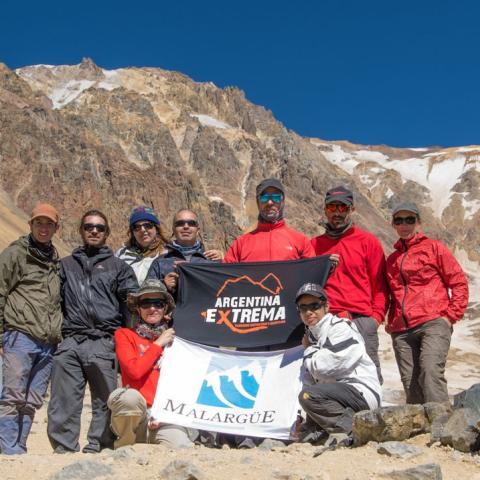 Andes Survivor Crash site - General selection.
Expedition to the place of the Miracle of the Andes - Selection of several seasons 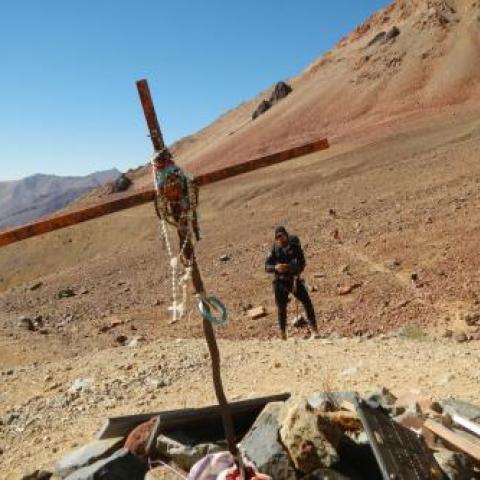 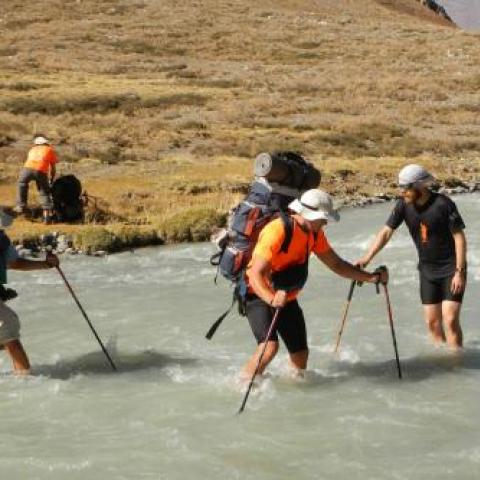 Trekking to the Andes survivors site - Fundación Diabetes Uruguay.
4 days to the remains of the plane with the group of the Diabetes Foundation Uruguay. Great adventure! 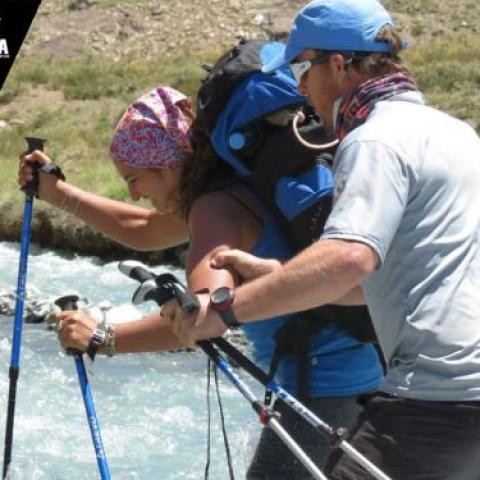 RECOMMENDATION: Due to excessive security policies of Hotmail.com, our responses will arrive at Junk Mail or maybe they will not arrive. We suggest using other accounts (NOT Hotmail) or get in contact with 011-47663170 - +54-911-23860933