Amidst majestic scenery, different circuits are based on Malargue proposed hiking and mountain camps.

Amidst majestic scenery, different circuits are based on Malargüe proposed hiking and mountain camps. 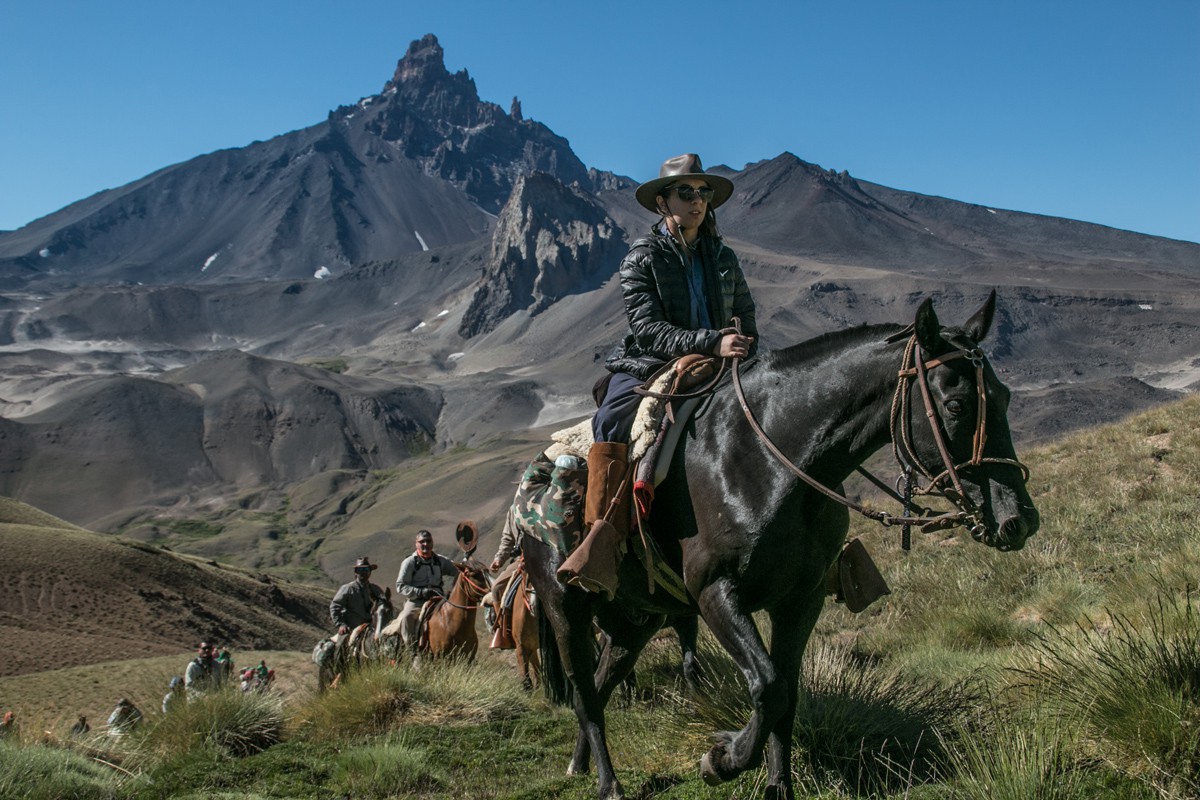 When spring is giving life and variety of colors to the Cordillera de los Andes, different journeys on horseback invite you to enjoy the majestic scenery. Here are several alternatives that begin their journey from Malargue, south of the province of Mendoza, combining day camp, river crossings, delicious dishes, grills and guitar.

Towards the Ciudad Perdida

Be part of the city of Malargue bound to the place of The Loicas, 105 km. They await the local scouts and guides, who will be responsible for assigning each horse according to skills. Once saddled, the adventure begins with three hours on the back of the animals into the Vega of the Pacos, the valley where it sets up the first camp fire dinner with Creole.


On this first day is the Lost City, strange volcanic formations that seem to be made by the hand of man, while the West is warning ripples produced by the volcano El Headed (in Chile). After the break, the next morning starts with homemade bread mate field before taking on the road to the hills and Pichi Trolón Trolón, with volcanic sand down the 100-meter drop that gets the adrenaline to the limit when the horse is buried up to their bellies. And below, and then ride springs and streams, the Black Lagoon is home to the second camp, where the courageous can bathe in the cold but clear waters of the lagoon. With a unique Andean context, horizons valleys and peaks of eternal snow, it is possible to reach Trolón cascade, a waterfall surrounded by flowers and a green that emerges after the passage of the snow. The last post is the way the post Villarino, and then return to Las Loicas where providers move the group to the city.

At the heart of the volcano

The proposal is to reach one of the most curious volcanoes Mendoza, 40 km southeast of Malargue, the legendary Route 40. Alberto Quesada waiting there, a mountain shepherd descendant of the original settlers, to offer their native horses and go through the mountains to the craters in a region that was occupied for millions of years by the Pacific and Atlantic oceans. That past, as well as generating the oil wealth of the department, was instrumental in the formation of passageways, crevices and chimneys Malacara. Unlike other volcanoes "classic", the Malacara was submerged to explode, and so the water cooled lava channels in full output, which was true stone pipes. The ride passes stunning Andean viewpoints, such as Llancanelo lagoon, a great reservoir of birds. And near the volcano, you drive for two hours the Dark Gully, Tito Alba`s Gully (named after a white owl species in the area) and the Gully Jumpers.

As in the field

La Herradura is another alternative: a cavalcade of stay in a mountainous and rugged. There are two versions. The first full day, calls to shut the window and the Choique, mythical town of cattle farm. There between matte and pastries, Jorge Garcia assigns guide horses and trails are part of intensive forestry.

Within minutes you can reach very striking geological formations, with walls that accompany the road to the upper valleys. The first stop is in the condor (condor nesting site), where he improvises a roast camper, while the coals are made fried cakes for the afternoon.
The viewpoint of the hill becomes the altar of rest until the sun goes down and, before dark, we return to an alternate path that can gallop along the river channels.

The other ride needs three days, repeating part of the previous activity, but getting deeper into the mountain. We visit the Wye, another spot-camp in the area of ??Vega del Burro, and there is dinner and overnight in native rugs that bring the horses. It is a night of great guitar on fire and cowboys and participants.

Early in season the next destination is the drawer of The Dark, and El Salto, a valley at 3,000 meters above sea level, sandwiched between mountains and snow, with one of the best views of the depression of the Huarpes. The tour continues with stops at Llancanelo Lagoon, where you install a new camp.

The final day gives way to El Morro, a hill full of magic and stories, where there are still vestiges of aboriginal rituals and "chenques" (funerals). If you are lucky, there may gallop to one of the many herds of wild horses that inhabit the area.

Perhaps the most sought between possible paths, crossing the Cordillera invites you to experience historic roads.
Referencing back to the Las Loicas, have lunch and runs the post Villarino, first headquarters of the group who put together his own hearth, with dinner and camp.
The next day is intense chatter about horses, roaming the plains of the Lost City and then continuing to the Pacos Vega, which performs the second camp, dinner and rest.

And the next morning is the most vertigo after breakfast Trolón is heading to the hill, which according to experts offers the best view of Los Andes.
There, the volcanic sand down again to bury the horses up to their bellies, and generates a climate of unexpected adventure. Continue along the central stream to the waterfall, which is organizing the third night of camp. At this point it is very possible to see condors, pumas and see footprints contact the silence of the depths of the Cordillera.

After intermission, the fourth day starts with a way back looking for new viewpoints, through the Pichi Trolón and down the exciting descent of the Dead, while bites something that is in the saddle in the valley. It continues to the Black Lagoon, have dinner and overnight at the lake.
The next day comes a repair for the body, by then exhausted: the Baths of Cajon Grande. He spends a full day of relaxation in healing waters, under a natural setting outdoors.

The night comes on the same site, and the sixth day of the ride leads back to the post Villarino.
The closure of the crossing is crowned with a full-service spa in Malargue, which offers other wildlife scenes not to be missed, including stand-Malal Manqui, Pincheira Castles and reserves Llancanelo Lagoon, the Payunia and Cave of the Witches.
Before leaving, you can enjoy a tour technoscientific visiting the Convention and Exhibition Center Thesaurus, the Observatory Pierre Auger cosmic ray and a modern planetarium.